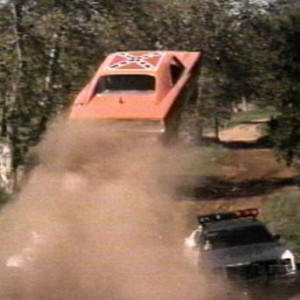 After 36 years as an American icon, recognized and beloved around the world, the General Lee, as we know it, is no more.

Before we go further, let us remember the victims of the event that sparked the social and political firestorm.

On June 17, 2015, a racist punk killed 9 innocent people at the Emanuel AME Church in Charleston, SC. 5 others were wounded. This horrific act was a hate crime against God-fearing, law-abiding citizens in a holy sanctuary. We encourage you to view the slideshow and learn about the lives that were lost. Too little has been said about the victims during a politically-charged week.

The shooter has had more attention. 21-year old Dylann Roof, an unemployed high-school school drop-out, drug-user and white supremacist, used the money he got for his 21st birthday to buy a .45-caliber Glock handgun. He bought it legally, and used it to carry out his rampage. In the days that followed his capture, photos emerged of him alongside of a Confederate flag.

An appalled nation reacted swiftly: the rebel flag bore the blame. Let’s face it, discussion of any type of gun control is taboo. Blaming the killer’s family, for giving him money for an unnamed purpose, is also impolite. Blaming the system for letting him roam loose after there were ample warning signs can’t be done. How about blaming the shooter?

Instead, in a well-intended surge of social outrage, demands to remove the Confederate battle flag – and historic Confederate landmarks – were loudly issued. A politician led the charge, and a groundswell of support rapidly followed.

Amazon, Walmart and ebay announced they would cease sales of any rebel flag products. Flag manufacturers promised to stop making rebel flags. And finally, Warner Bros. announced it would no longer allow production of any General Lee products bearing the rebel flag. Apple then pulled gaming apps that were Civil-War themed. A New York Times article went further and suggested that “Gone with the Wind” should be banned, because it “romanticized” slavery.

Recently, a Pittsburgh t-shirt store that planned to use a General Lee for promotional purposes, canceled the car’s appearance, and arranged for a “Bluesmobile” instead. All this, in less than a week.

Attacking the rebel flag – and all things related to the South, in fact or fiction, isn’t going to solve anything. In the zeal to purge society of people like Dylann Roof, they are hanging Bo Duke. This misdirected activism will not prevent future mass shootings. It will not prevent acts of police brutality, and it will not cure racism.

In the rush for a politically-correct response to a senseless act of violence, some well-meaning folks are

showing intolerance for a differing opinion about the rebel battle flag.

To Dukes of Hazzard fans, the rebel flag is a good ol’ boy thing, never meaning no harm. It’s a banner of Southern pride. The epitome of rebel spirit. Fightin’ the system. Defiance against the odds. Never give up.

We know this flag has been used by others for vile purposes, purposes that we do NOT agree with. We respect opposing viewpoints. But attempting to sanitize everything that might be deemed offensive will only lead to ruin. Banning symbols, banning books, removing monuments, and eliminating toys and games is its own brand of oppression.

1 thought on “End of the Road for the General Lee”